Meet the Cast of Ek Shringaar…Swabhimaan!

Ek Shringaar…Swabhimaan, the new show on Colors TV is all set to steal your hearts. The strong cast of the show is indeed a plus point. Here's more about which of your favourite actors are part of this show… 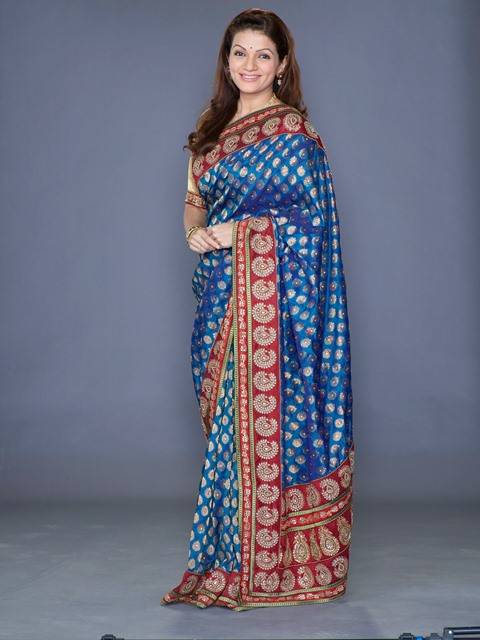 Forty five year old Sharda, a Maths teacher in a school, was the second of three children in a middle class conservative family. After marriage she’d had two kids and a husband who after a few failures at work had increasingly seemed to be more drawn to the bottle and less to his work. Sharda had always tried to keep him steady, get him to focus on work but nothing had worked.  After the death of her husband, Sharda lived with her brothers.

Life after her husband had been a struggle especially starting from scratch to earn a living when the needs had shot up and since that day she had vowed that her daughters would complete their education, study whatever they wanted and only once they were independent would she think about their marriage. It hasn’t been easy, life on this path but Sharda has never let that affect her.

She is a god believing woman who knows that she is doing her work, fulfilling all her responsibilities with full integrity and so she has left all the rest to God, believing that He will protect her and her family. In fact this is something that she has taught the girls from the beginning…that when we knowingly make a mistake or cheat someone, we may think that no one has seen us but God is always watching. She has taught the girls the difference between right and wrong and always choosing the ‘right’ path, even though it may seem to be the more difficult one. There are only two things that she sometimes worries about: Meghna’s anger and her inability to sometimes see things rationally and Naina’s blind devotion to Meghna and not having an individual personality of her own. 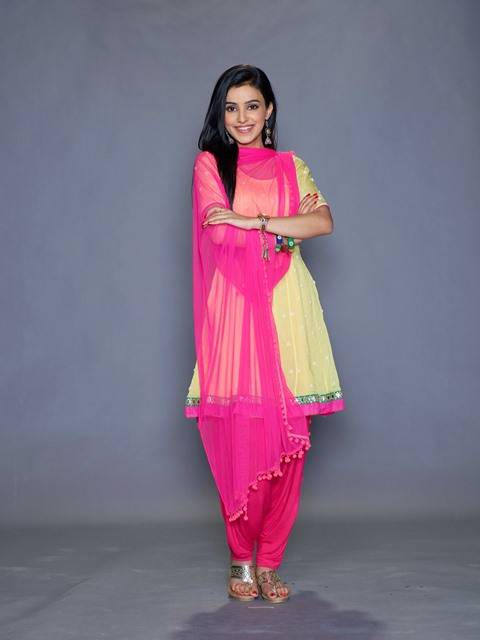 Naina, a twenty two year old studying at IIT, Delhi, is a happy-go-lucky girl, often teased by friends and family as ‘deedu ki poonch’. As far as Naina is concerned, her deedu, is the brightest and the best. And what’s wrong with following her sister around, not just physically but in the journey of life as well? She knows she’d be lucky if she can end up even half as accomplished as her sister! Even Naina gets good grades and is considered one of the best students in her class. However, she’s mostly remembered as ‘Meghna’s sister’, but Naina doesn’t care and loves her sister very much. She has always followed Meghna’s lead in everything. Even though everyone at home and school is always comparing her to her over-achieving sister and more often than not find her lacking, Naina has never let herself be affected by it. What most people sometimes see as Meghna bossing over her, Naina knows it is her being overprotective and looking after her like a mother. 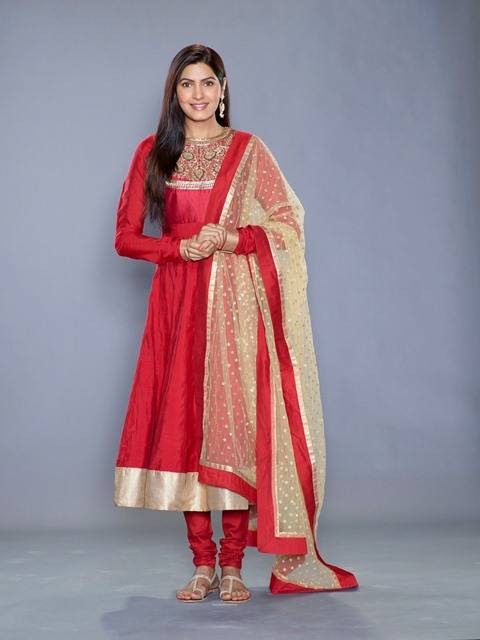 If there was a word to describe Meghna it would be ‘intense’. The 24 year old has a degree from IIM, Ahmedabad. Meghna has grown up watching her mother struggle for practically every little thing, including ensuring her daughters get the best education possible. As a result Meghna gets worked up very easily, sometimes over the smallest of things. Since the day she moved into the new school at Boondi she had decided to top in her class. It wasn’t negotiable for her because her grades ensured that she always won the scholarship and looking at her, her sister too had started aiming for that. She was the role model, everyone wanted to follow, wanted their kids to follow. And Meghna has never let the family down. Her eyes are set on the prestigious job that she will get after completing her MBA. Meghna has grown up to be a little aggressive and extremely mistrustful of most people. Since childhood she has always wanted to get a job and make her family, especially her mother comfortable. 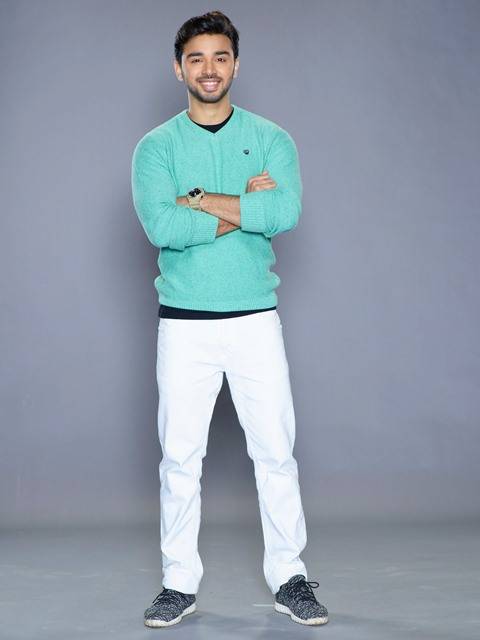 Karan is a quiet and an almost timid boy who just hates confrontations. Ever since he was a child he has been very low on self- esteem, largely due to his elder brother Kunal exceling in practically everything and him failing in most. Initially he used to love his brother very much and used to think that the brother would help him get through all the problems. But the brother had always found his failures very funny. Most of his childhood memories are about him wanting something and losing it to his elder brother. The constant comparisons from his father and teachers have made him retreat into his own shell even more. He is just sitting at home, trying to figure out what to do with his life, if only to just be able to escape his father’s constant taunts but nothing has come to him yet. And as if all the failures and humiliation weren’t enough, God had decided to make his life even tougher and had given him a constant reminder of his weaknesses: a skin condition. Owing to this Karan had to use specific moisturizers and sunscreen to protect his skin at all times and even then he needed an umbrella over his head in the sun. His little sister is the only one who never cares to knock on his door and just barges in, either to demand things from him or just his time, ordering him to listen to her or to listen to songs with him. She is the only one who knew that sometimes he locks himself up in his room and dances because it makes him feel normal, like the others. 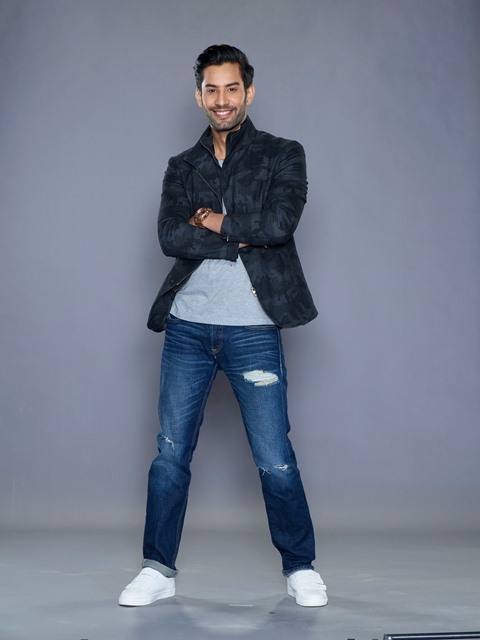 Kunal is the complete polar opposite of Karan. He is flamboyant, charming and excels at practically everything. He has gone through life with everything coming easily to him, sometimes without even trying. Perhaps that’s why his attitude has always been of fixating on things that automatically don’t fall into his lap. He has done well in academics and sports but he has always only done what was expected from him. All he’s ever wanted is to be the person his dad turns to and to run this business. It is what he was born for, he thinks. This company is the reason why he has always pushed himself and thinks of running the company as his birthright. He loves his younger brother even though the two don’t have much in common and sometimes he can’t help but make fun of Karan because of the way he falls apart at the tiniest bit of a problem. Kunal isn’t insensitive but he has never really had a reason to care much beyond his own needs. The person he is closest to is his father, always basking in his approval. Father is grooming him to be the face of the company: smart, efficient and charming who gets the work done. Such is Kunal’s charm that no one can easily say no to him. His relationship with his mother is a bit different. She is also very proud of his achievements but she is the quiet one with never much to say, so over time it has become perfunctory. In contrast his relationship with the governess (Maasi maa ) is better.

Tune in to Ek Shringaar…Swabhimaan, 19th December onwards, every Mon- Fri at 9.30PM!